The orchestra is highly trained to do their part to play the music only as it is written.   There is no room for improvising because if everyone was  given the freedom to improvise there would be crowded confusion with many played notes colliding and bringing discord.

The conductor is looking at “what is written” and encouraging each section – the woodwinds – the brass – the strings  – percussion and everything else, all the way down to the lowly triangle, to “come in” as required.

I’ve had the great pleasure of attending a few Symphony Orchestra Christmas concerts, where they picked some unsuspecting guest out of the crowd to go up on the stage to take the place of the conductor.

Although it was instantly apparent that the guest conductor had no acquired skills – the moment he or she raised the baton, the orchestra played perfectly!

HOW DID THE ORCHESTRA DO SO WELL?

We are to do the same with “the fake conductor” who tries to lead us into temptation, ruin our song or mess with our lives!  He goes by many names.

Now in case you don’t know how to deal with the fake one, in the Book of James, Chapter 4, verse 7, we read  –

“Submit therefore to God.  Resist the devil and he will flee from you.”

See, we are all sinners and need things to be made right before we try any fancy moves in the spiritual realm.    Verse 10 reads, “Humble yourselves in the presence of the Lord and He will exalt you. ”

When we’ve done that, then we can tell the fake conductor to “Go away” and he will obey!! 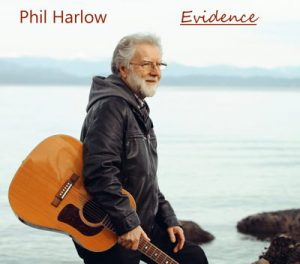 I was trying to think of a photo that I could slide into this article to demonstrate “Fake” – well a good example is this photo on my CD jacket where I am wearing my “Genuine fake leather” jacket.       May I never be seen as fake, but I’m not bothered that my leather jacket is.

Get my Evidence CD